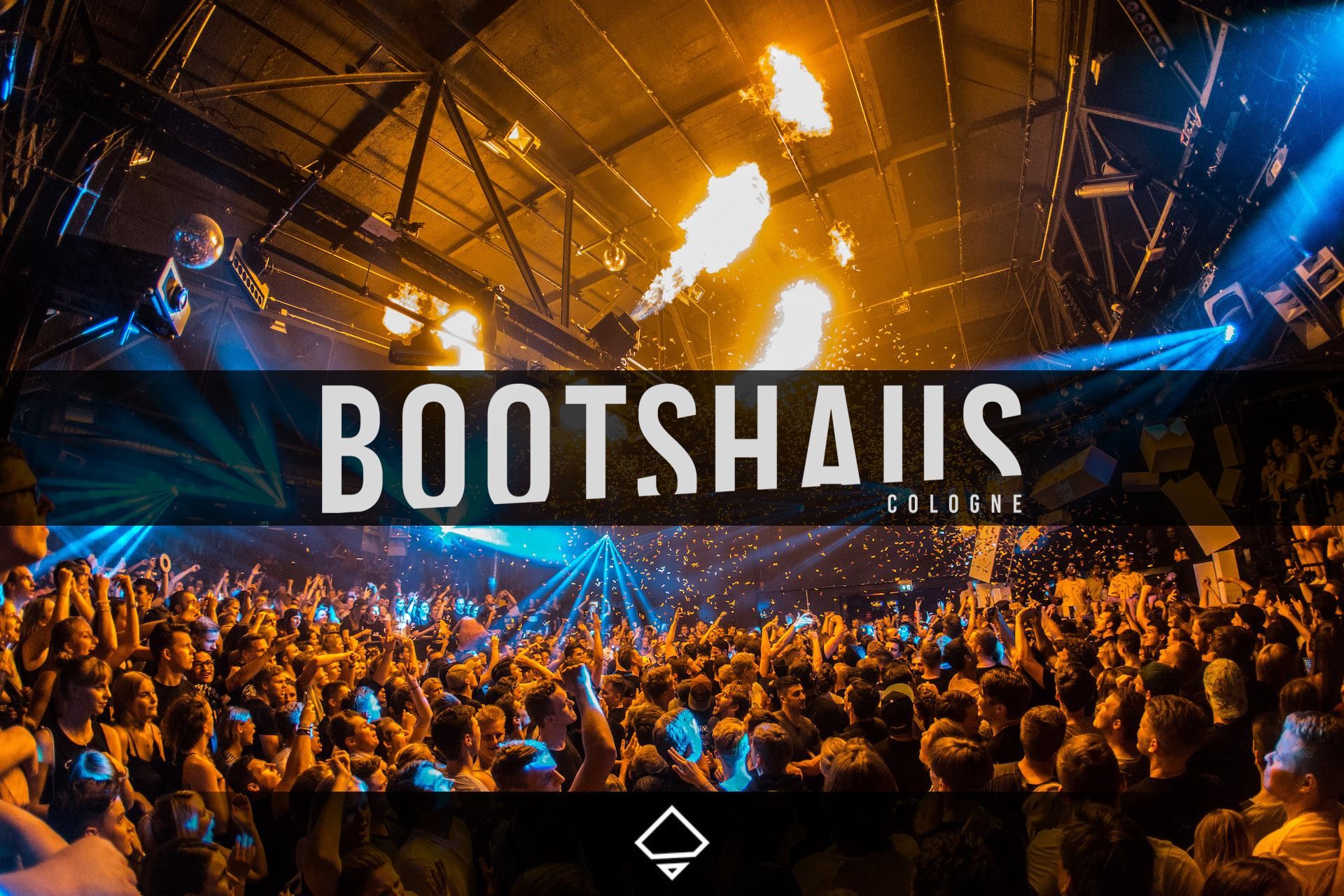 We have been to the best club in Germany -also one of the best in the whole world- to catch Moksi, Mike Cervello and Tony Romera

Every Bass Music lover must know Bootshaus Cologne, the best club in Germany and also one of the best in the whole world, which was recently named by DJ Mag as the Top 8 club in their ranking. As its name says, Bootshaus is located in Cologne, right on the west side of the country, and it has been a referent for almost the last 30 years in the global Electronic Dance Music industry, especially acknowledged for those heavy sounds. Last Saturday, 20th April 2019, we chose to visit this venue in order to catch Illenium on a Germany-exclusive-show for this year together with New Blood.

Just two days away from the event, things seemed to go in the wrong way due to an illness that Illenium’s girlfriend had, which forced him to cancell the show. Right from this moment, Bootshaus started looking for some substitutes in a hurry and they quickly booked Moksi and Mike Cervello from Barong Family to play alongside with Tony Romera, plus Beaudamian, Reaubeau and Emin as support acts. The crowd completely understood the situation and truly liked these new confirmed artists. Actually, the amount of Barong Family merchandising we could see before entering the show was unreal and from this moment we already knew it was going to be a special night with a cool vibe.

The first difference that we spotted in comparison to the Spanish nightclubs culture was the high attendance that the warm up acts had, as a lot of people wanted to enter Bootshaus since the very first moment that they opened the doors at 11.00 PM. Once we also were in, we had a walk to see the two areas that the best club in Germany has: the terrace (which had its own place to order some fast food and drinks) and the club itself. We found everything quite well signposted, so it was not a problem to access to the venue.

The people who came in the latest showed up at 1.00 AM, just in time for Moksi‘s intro and a full Bass House set, in which the crowd went wild with some serious mosh pits with tracks like their well-known Switch Up for Kid Cudi & Crookers’ ‘Day ‘n’ Nite’ or their collaboration ‘Pigalle’ together with DJ Snake. One hour later, Mike Cervello took the absolute control of the place with a wider variety of genres in his musical selection and mixed even more dynamically, switching from ‘Chicken Soup’ or ‘Let’s Get Ill’ to ‘Saria’s Turn Up’ with some solid Techno halfway through that caught us by surprise. Tony Romera came into the booth at 3.00 AM and forgot that French Touch House Music to face “the hardest set of his life”, as he posted on his Twitter account. The Frenchman passed through Bass House, G-House, Downtempo, Drum & Bass and made several references to his fellow countryman DJ Snake playing some of his tracks, such as ‘4 Life’, ‘A Different Way’ or that new Eptic collaboration ‘SouthSide’ between the most remarkable tunes.

But is that all about Bootshaus Cologne? No, it isn’t. In addition to the different areas that we previously mentioned, which can host near to 2,000 people, the club has one of the best sound systems in the whole world (Funktion-One) to make you feel the bass running through your body, as well as some flamethrowers, lasers and CO2 barrells. If you want to leave your clothes in a secure place, make sure to check their wardrove in the door next to the entrance to the Mainroom. If you don’t have cash to pay for your drinks, you can withdraw cash from the ATM next to the toilet room (you may get an extra charge). Also, there’s not a dress code and you are free to wear whatever you want, but don’t show up looking agressive or really drunk because the security team won’t let you in – be responsible!

And that’s nearly all… We may have skipped something, but a single night is not enough and we definitely want to come back soon! To end up, we just wanted to thank the press department for the great and quick manner that they had with us from the very beginning. Danke schön, Bootshaus Cologne!